Muscle Testing: Learning to Listen to Our Bodies 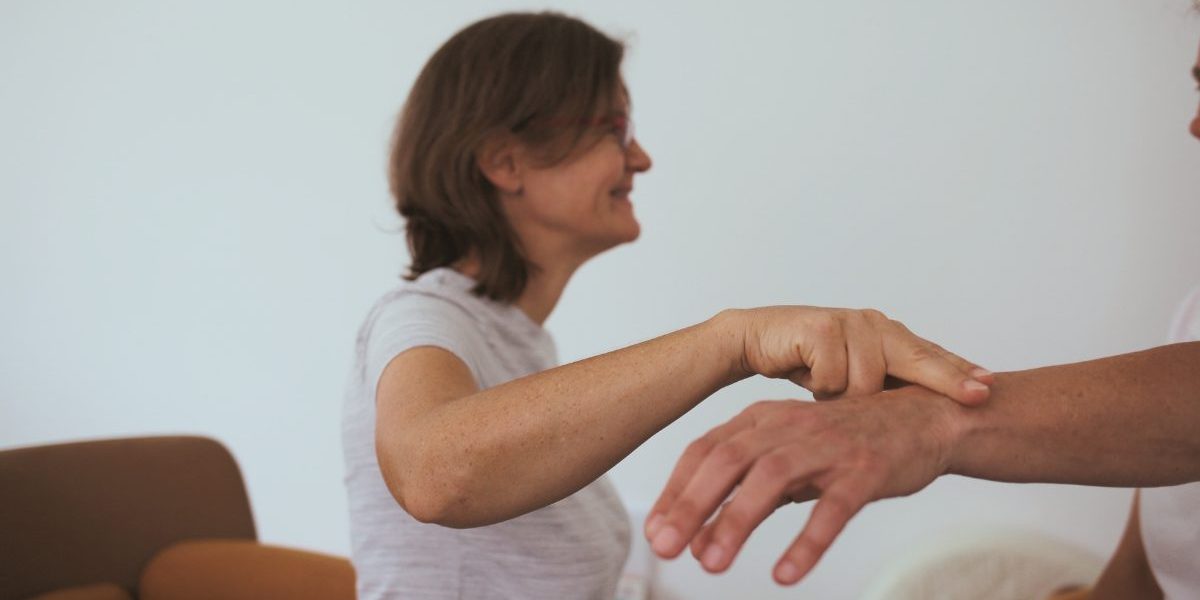 ”The most accurate diagnosing tool you can have in your office is your patient’s innate intelligence and their body language, combined with muscle testing.”

Last night, my friend’s son stopped by. During the course of the evening, he said he hadn’t been feeling well. He had lost his sense of smell and was worried that he may have contracted the dreaded coronavirus. As the evening progressed he became more scared and wondered what he should do. Since it was late and taking a Covid test was not possible, I asked if he would like me to muscle test him to see if his body would confirm or deny his fear. He hesitated and looked at me as if I was suggesting something crazy. I watched him as he considered it.

You see, he knew about muscle testing – he experienced its power and accuracy several times, as recently as last week in fact, when muscle testing brought up a crucial and nearly-forgotten event from his childhood. Bringing up the event and its associations allowed him to let go and move on.  After a minute or so he said “yes.”  I went through my usual muscle testing start-up routine, and in less than 30 seconds we established that his body did not confirm his fear.

The muscle test was clear.

I saw him the next day, and he said with a smile, “I took a Covid test and it turned out to be negative.”

Crazy story, right? For those who are skeptics, you probably think this is a coincidence. Those who understand the mind-body connection, however, understand that the human body knows everything there is to know about itself. Our bodies know whether or not something is good for us. And it certainly knows whether or not it has an illness, including Covid-19. I know this is radically different from what we hear from the medical and scientific communities but think about it for a moment of what this could mean for us if we could tap into our bodies and read what it’s trying to tell us.

Muscle Testing: Wisdom of the Ages

Thousands of years ago, human beings had the ability to access wisdom about their bodies in a very direct way. When they needed to know something, such as if they were strong enough to go hunting, they checked in with themselves. Checking in was a way to access a person’s ability to survive.  Many cultures talk about their elders asking to be brought to a special place to die. Humans once knew what was going on with themselves to a much greater degree.

Today, most of the senses have been replaced with the intelligent part of the brain, the neocortex. As a society, we completely rely on this smart part of the brain, while intuition and gut feelings have taken a back seat – or no seat at all. We use tools and devices to get information about ourselves – a thermometer to check for fever;  blood tests for just about everything; and rely on data to predict if we should or should not act. But did you know there are other ways of determining results besides blood tests, CTs, or complicated data analysis?

One such method has been around for centuries. Muscle testing, an ancient way of checking in with the body’s innate wisdom, has been used in China for thousands of years, and was rediscovered in the 20th century when a Michigan chiropractor Dr. George Goodheart, Jr. brought muscle testing and kinesiology to the field of complementary medicine. When performed correctly, muscle testing gives one access to knowledge that is not readily available.

Your Body. Your Truth

I must inject a disclaimer here: Muscle testing is not a medical test, nor am I advocating that it be used to replace medical tests. What I am suggesting is that it be used as a way of getting information from the body, to verify our intuition or gut feelings. It’s a great additional tool.

I use muscle testing in my coaching practice to calibrate my clients’ conscious – and not so conscious – belief in their goals and ability to succeed. Not only does it help them gain access to their own patterns, it pushes them to become more actively involved in their personal journey.

Call me radical, but I wish that muscle testing was taught to every child. In the same way, we learn how to read, write, speak, and walk, we need to learn how to hear what our bodies are telling us. Imagine how easy it would be for every individual to be self-empowered in this way.

For the past 20 years, Dr. Barbara Schwarck’s mission has been to assist people to get unstuck and to change. To date, Dr. Schwarck, (CEO of Clear Intentions International) an award-winning, dual-certified coach with extensive academic training in Psychology, Management, Spirituality, and Kinesiology, has successfully coached more than 1000 CEOs, professionals, family businesses owners, and thought-leaders who want to be an effective leader, strong performer, clear communicator and/or difference-maker.  In her private coaching practice, clients work with her on anxiety/depression, self-esteem, relationships, and/or personal growth.

Dr. Schwarck is also the creator of Neuro Emotional Coaching® a cutting-edge coaching tool rooted in neuroscience, emotional intelligence, and its implication for leadership. And she is the author of From Intuition to Entrepreneurship: A Women’s Guide to Following Her Dream.  If you are ready for a breakthrough, go to clearintentions.net.