Winning, Losing and How You Play the Game 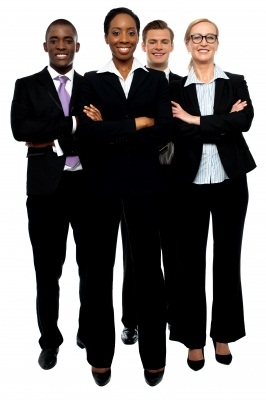 Are you aware of a well-known Jeopardy controversy? It’s quite fascinating. There was a new repeat champion who’s won by using unconventional game tactics. He’s done more than study the very split second when to hit his buzzer to control the board. And more than learn a lot about a lot, giving him both a scope and depth of knowledge. What he did is play a game so as to deliberately unnerve and confuse his opponents. While most contestants start at the top of a column and worked their way down methodically, he jumped around the board. Also he wasn’t always playing to win, but rather to force a tie. One day, instead of risking a loss by over-betting on final jeopardy, he forced a tie, thus automatically returning the next day. He didn’t break any rules but, according to his critics, he did break the spirit of the game. This got me to thinking how one “plays” the business game and when conventions are better broken than followed. In other words, does the adage, “It doesn’t matter whether you win or lose but how you play the game” have any place in today’s business world?

Business is more competitive today than ever before. It’s necessary to stand out. One has to show that s/he is smarter, more savvy, more instinctive and even more insightful than ever before. As an executive coach, I’ve studied how one does that and it goes a long way toward defining the type of business person you are. Are you cut throat, making winning the number one priority? Are you a collaborator, making it essential that everyone like you? Is winning defined as recognition?

Most likely you are an executive who is in charge of a team. So, winning is not a solo performance but rather a team effort. Team building is built into business curriculums. Teams are often the backbone of the decision making process. Yet, even in a team-based environment it’s often necessary to get yourself known, to stand out, to take credit when credit is due. Others in a team might be angered when, instead of acknowledging a collaborative effort, someone distinguishes herself as the purported leader. Just how important is it to be the leader? Is getting the job done and finding a solution, with the whole team’s input the test of success and winning? Or is personally proving that you were an important asset your modus operandi? It is conventional wisdom that you don’t want to hurt or alienate those around you. And I’ve discovered that there is always a way to go for it without hurting someone along the way, or at least leaving them in the dust.

At Harley Davidson, several years ago a decision was made that rather than try to oust the very expensive union, the company would try to work within the prevailing union environment. Many companies have taken the alternate route, union busting as their road to financial savings. At HD the company collaborated with the union toward the end of mutual success. Everyone was part of the compromise. Now employees, even those on the seemingly mundane assembly line, are part of the solution. For example, when an employee discovered a tiny fitting was taking an extra 1 1/2 seconds to install, he calculated that the lost time would translate to 1200 motorcycles a year. He and his colleagues refitted the piece. They played the game together: everyone benefited. In fact, costs fell by $100 million, its stock has risen and it’s winning awards.

Perhaps the key to this challenge is discovering just how you define winning. What is your personal measure of success? What is your threshold for competitiveness and being the maverick in an environment that values individualism less than team work. And, what is your belief system? Most of us have incorporated into the way we operate that getting noticed is a means to the end of being promoted and successful. But does that always mean one has to be a winner?

Here’s what I mean. For the Jeopardy contestant, coming back each day with the possibility of winning more money trumped winning on a particular day – thus, the forced tie which won him $8000 versus a possible $20000. His tactics put the other contestants off their game. As he jumped around the board randomly, their thought processes were a split second behind. At HD, winning is based on mutually beneficial behavior. There’s a lesson here. That is, when you chose an action and a direction, don’t get so lost that you lose your way. Assess and reassess your decision. Be prepared to pull back if your chosen path to success is starting to backfire on you. In addition, look at your intention. What are you trying to accomplish? For many younger people in today’s work force being successful as a team is much more important than wining at someone else’s cost.

I’ve questioned many executive coaching clients on their willingness to succeed. Now I’ve started to dig deeper to discover just what my clients are willing to do to reach their stated goals. Triggered by their fight/flight or freeze response some will step on those around them, steal the spotlight, take credit when it’s not really due, even obfuscate the truth. Others emphasize that they value how others think of them and taking others into consideration more than individual recognition. For them, how they play the game is more important than a short term win. These people still want success and recognition. But they are willing to delay gratification in favor of their own and others’ self-esteem and sense of self-worth.

Take a moment to consider how you feel about playing the game versus winning or losing. Is playing well a win for you? If it is, then you find yourself in the best of both worlds.