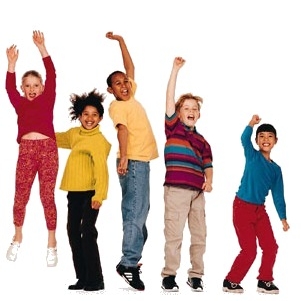 If your emotional abilities aren’t in hand, if you don’t have self-awareness, if you are not able to manage your distressing emotions, if you can’t have empathy and have effective relationships, then no matter how smart you are, you are not going to get very far. People tend to become more emotionally intelligent as they age and mature. -Daniel Goleman

“What an interesting quote,” I thought when I read this. I was particularly intrigued by the last sentence in which Goleman equated aging to maturation. “Hmmmm,” I thought. “What if emotional intelligence could come as we mature, but without respect to age? What if even young people could be taught emotional intelligence? Will they go further sooner?” Those questions intrigued me and I began to research these thoughts, only to find that I was not alone. There is a growing trend among educators to teach emotional intelligence at the elementary school level and, further, research shows that EI is a great predictor of future success.

So, I put my instincts and the teachings of others to the test and began to employ the executive coaching methods I use to help my clients to develop emotional intelligence with some of my younger clients. Guess what I found? Children and young adults who are taught about emotional intelligence do mature at an earlier age than others and displays signs of social, educational and intellectual success.

Last year, I published a series of articles on Emotional Intelligence, a critical character trait for those who want to succeed whether in business or their personal life. In shorthand, emotional intelligence is that little voice inside your head that keys you in to the subtleties of what is going on around you. Those who are emotionally intelligent are in touch with their emotional reactions and, at best, know how to communicate to others in a manner that doesn’t trigger negative unproductive reactions. Emotional intelligence means having the ability to understand others and to take deliberate actions so that your communications and interactions are productive and yield positive results instead of leading with a first – often emotional – knee jerk reaction.

Because I work on emotional intelligence with all of my clients, I was incredibly gratified to learn about the trend in schools that goes a long way toward creating adults who go into a workplace already armed with emotional intelligence. Already ready to confront others constructively. Already able to recognize and regulate their own emotions. Already prepared to open a dialogue about triggers and responses.

When you think about it, like a workplace, a school can be an emotional caldron – challenging sensory input from everywhere; the need to fit in; the requirement to stand out; the conflict between being one of the “cool” kids and one of the “smart” ones; the challenge of being a leader without being seen as a know it all. In school, as in the workplace, different children react differently to stresses. And in today’s world where we constantly debate the influence of nature versus nurture, many educators have assumed that you can’t teach a kid emotional skills if they are not genetically inclined.

The premise of all programs that teach what is called “emotional literacy” is that it is necessary to manage our emotions in order to reach our growth potential. A child’s ability to be in touch with and control his emotional reactions has been found to be predictive of that child’s future success. Non-cognitive skills, qualities such as persistence and self-awareness, self-restraint and self-discipline, are believed to be as powerful as academics in predicting how an individual will fare as he grows older and enters ever more increasingly complicated social interactions.

Notice that I am very careful to say that Emotional Intelligence requires the management of emotions; it means recognizing the emotions but not necessarily acting on them. Instead, an emotionally intelligent person will acknowledge the emotional response, but control and drive behavior in a rational manner. Emotion is automatic; behavior is thought out. You may feel angry; but you will act rationally in a manner that will provide the best solution to the problem under the circumstances.

This is the premise behind my Neuro Emotional Coaching®. NEC changes a person’s responses to circumstance. Emotional reactions are patterned responses as the brain is set up to look towards the past to figure out the present and the future. NEC is the only coaching technique that can assist people with changing the automatically generated response they are feeling thereby changing the need to compensate for the emotion.

Stand back from the academics and theoretical nature of what these studies conclude and just use common sense. Imagine a kid like this:

• S/he is clear about who s/he is and how to treat others.
• S/he can control his/her behaviors around fears, anxieties, anger and excitement, allowing emphasis to be placed on focus and achievement.
• S/he has the wherewithal to let go of emotional entanglements, resting the emotional reactive mind.
• Without the distraction of emotional turmoil, his/her emotional mind rests, yielding the time and space and energy to delve deeper into topics and studies.
• By finding his/her emotional center, s/he has freed himself to discover his/her intellectual center.
• S/he experiences the type of personal growth that helps in the long run and makes him/her a well-rounded individual.
Since my job is to coach individuals for workplace success, I take these teachings very seriously. If we can intervene with children and teenagers and help them let go of their emotional baggage, we are going to avoid many of the pitfalls that may be holding us up as adults in our work lives. I can pinpoint a number of reasons that I’ve had remarkable success coaching children, teenagers and young adults. To name a few:

• They are not so set in their ways.
• They want to face the future brightly.
• They want to be the one who is accepted into the best school and gets the best job.
• Being close to themselves, learning how to communicate with others and how to avoid embarrassment, unhappiness and other pitfalls gives them inner peace and far fewer anxieties.

These results are all keys to valued workplace and life success in the long run.

To give one specific example that many of us can identify with let me tell you about a teenage client of mine who was terrified of going to his prom because he suffered from shyness. We worked on his shyness and his fear of certain types of interactions with others. Using NEC®, I helped him pinpoint and neutralize the root of his shyness. Thereafter, he was able to open up more with others. The prom, I am pleased to report, turned out to be a great success for him and a reaffirming activity that set him on a much more positive future path.

There’s an example I particularly like to use because it speaks to me personally and, in fact, to everyone I know. I had a coaching client who had trouble reading in front of others. When other kids giggled, he was mortified, thinking that they were laughing at him. As Max (not his real name) and I talked about the situation, he came to realize (1) he was not the only one who made mistakes, (2) when others made mistakes he sometimes giggled too, (3) he was not giggling at the person, he realized, but out of discomfort and fear that he himself could make the same mistake. What a eureka moment when he realized that the others kids may not be laughing at him at all, but at the uncomfortableness of the situation.

Although I can’t know for sure, I think that any good deductive reasoned could infer that a kid who is afraid others are laughing at him isn’t going to be a great public speaker or group participant as he gets older. And, we all know, those who don’t participate at school or at work are marginalized. But, my guess is that with his insights at the young age of nine, Max is not going to be one of the fearful ones. I think he’s going to grow up to be supportive and unafraid. He’ll marshall through hard times, not avoid them.

Here’s another example, this one from a high school junior. She heard some of the other girls talking about her saying she’s never get a date with a boy she had a crush on. She was crushed by the remark. This became, for us, a teaching experience. We worked on her emotional intelligence. We worked on the fact that though her reaction of being rattled and unhappy was rational and true, she had to let go and move on. She couldn’t obsess about these girls. Rather, she had more important, crucial and meaningful things to concentrate on. Rather than become neurotic and closed into a circle of self-contempt and anger, she moved on, letting go of her anxiety. (As an aside, I want to mention that she continued to have a crush and she did get the guy!)

Emotional Intelligence or Emotional Literacy can be taught and we don’t have to wait until we are stuck in a dead-end career or looking for more career success. We can teach it to our children and raise their awareness. With my “glass is half full” eyes, I imagine a world where those who enter the workplace already have control of their emotional reactions and can read and understand those around them. Yes – maybe it’s utopia, but starting by teaching our youngsters insights and resolutions through the concept of emotional intelligence now certainly can help.