How to Receive Feedback – Part One

Winston Churchill recognized the importance of criticism when he said, “Criticism may not be agreeable, but it is necessary. It fulfils the same function as pain in the human body. It calls attention to an unhealthy state of things.”

“The trouble with most of us is that we would rather be ruined by praise than saved by criticism.”    Norman Vincent Peal 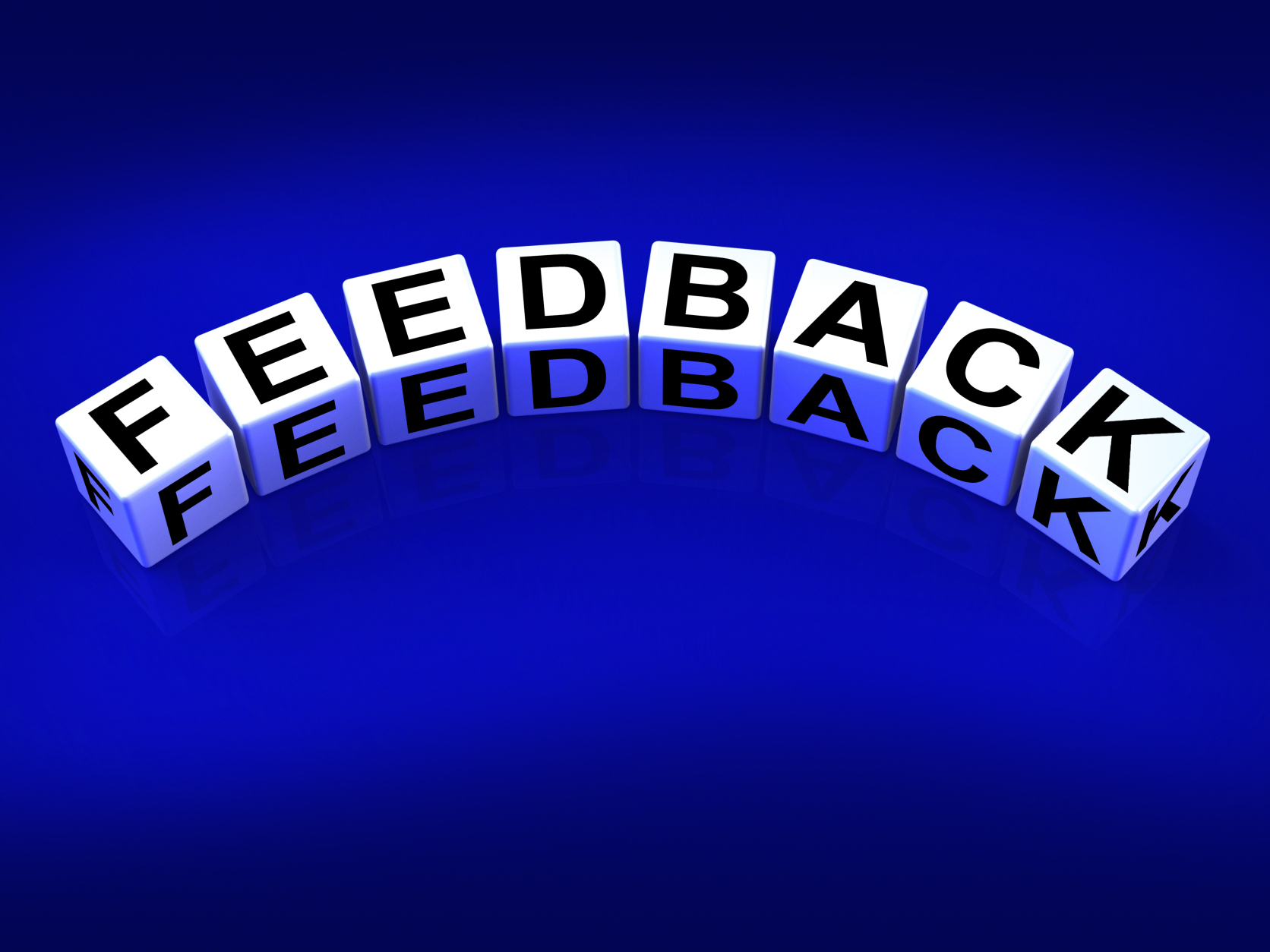 Throughout our lives we receive critiques – feedback on our performance, behavior, achievements, and efforts. Sometimes those critiques are good and we feel happy, gratified and even self-satisfied. At other times, when the feedback hurts us in some way or suggests that we are not living up to expectations, we feel bad, defensive and even angry.

In this and my next post, I am going to talk about feedback. This post will address how feedback that we were given as children and in the past resonates with us now and may cause us to react inappropriately instead of constructively. I will talk about how my Neuro Emotional Coaching® process can change the way you receive criticism and make you more productive at work, communicate more effectively and improve all of your relationships. Along the way I’ll give examples from some of my executive coaching clients. The next post will give you some practical tools to apply the next time you feed some defensiveness coming on. It will focus on how to listen to, digest and learn from feedback.

Remember as you read both of these posts (part 1 and 2): feedback is meant to be helpful. It’s not always delivered well or in the most productive manner. But, in the end, if you properly assess the critique, you have an opportunity for self-improvement.
The responses that all of us have to feedback, whether positive or negative, are formed in childhood. They are triggered by childhood memories.

Of course, a child’s experiences affect adult emotions and emotions impact behaviors. I have had many opportunities to help my executive and life coaching clients learn to manage their subconscious reactions and behaviors that reflect childhood experiences. When they go through my proprietary coaching process (NEC®) they remove defensive or negative attitudes so that they can move forward with positive new ways of approaching their work and life.

If you fall into that category of people who may be defensive in the face of criticism, you are in the majority. It’s a completely natural response. You certainly are not the only one who struggles with the remnants of negative experiences. Everyone does. Starting from the assumption that we are trying to put out our best at work and achieve certain goals, our past experiences may create subconscious blocks for us. If you can identify and manage those emotions that block, you can be even more successful than when you are battling your demons without understanding their root cause.

My own personal youthful experiences provide a framework for how NEC can be used to overcome negativity.

When I was young, every time I dressed up, my mother would smile and give me a chocolate bar as a reward for my stellar performances. She would reward my academic achievements with academic/cultural/intellectual experiences, such as going to the museum, a trip to see a special exhibit or monetary awards for good grades. As a result, I came to appreciate all types of art and intellectual pursuits. I developed a sense of confidence in the endeavors she helped me experience, such as art, music, analytical thinking, and problem solving. In truth, her positive feedback gave me self-confidence.

But, not all of the feedback during my childhood was so positive. Many times, it was negative. For example, unbeknownst to me at the time, I was dyslexic and, as a result, my writing assignments were often marked up beyond recognition. I learned to avoid writing not only because I didn’t think I did it well, but also because I didn’t like the criticism and, even more, I hated my reactions when I was criticized. I often would become defensive and frustrated with myself since I am a perfectionist and I could not be perfect with grammar. Notably, in Germany, where I grew up, content and creativity did not matter if the grammar was not perfect.

Another person whose reactions were formed in childhood and who learned to accept feedback in a constructive manner through the NEC® process is my executive coaching client “John” (not his real name). John is a successful executive who is running a 250 million dollar business. He came to me because he often got triggered in business settings, especially when he was around his peers. Interestingly, he was internalizing his own feedback, not even trying to take in feedback or critiques by others. In any case, he would start to compare himself and would always find that he didn’t measure up. There was always someone who was a better speaker, more successful or even more charismatic. With the help of Neuro Emotional Coaching®, we discovered that he was running some very old tapes from his childhood. His grandparents had used criticism in order to try to motivate him. It never worked and it certainly wasn’t working any longer. After just a few sessions his neuropathways got rerouted (he was rewired) and no longer getting triggered.

There are many triggers that may be stumping your greatest success, but here are three:

Truth triggers – if the advice seems off, defensiveness is automatic. But, here’s the scary part: the feedback may strike a nerve because it has uncovered something about you that you believe to be true, but have tried to keep hidden from others or even from yourself.

Relationship triggers – if you don’t like, trust or respect the one giving the feedback, you may want to minimize or diminish it as not being legitimate just because of its source.

Identity triggers – feedback that is not in line with your personal identity, and how you wish to be seen, can be hurtful and cause feelings of defensiveness.

How we react to feedback reveals a lot about ourselves, both good and bad. To avoid being triggered and to learn to properly assess your reactions, you may consider scheduling a Neuro Emotional Coaching® session.